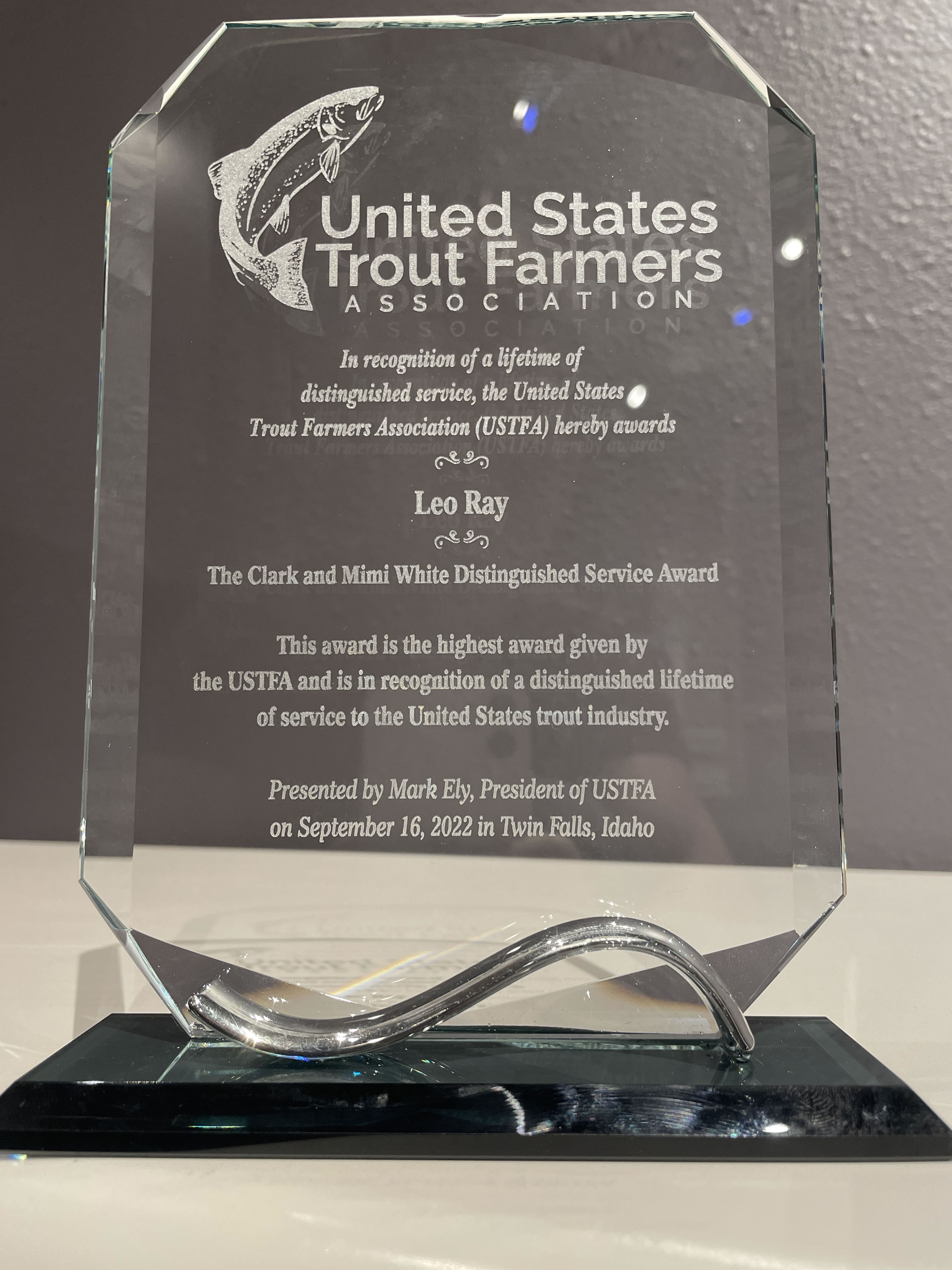 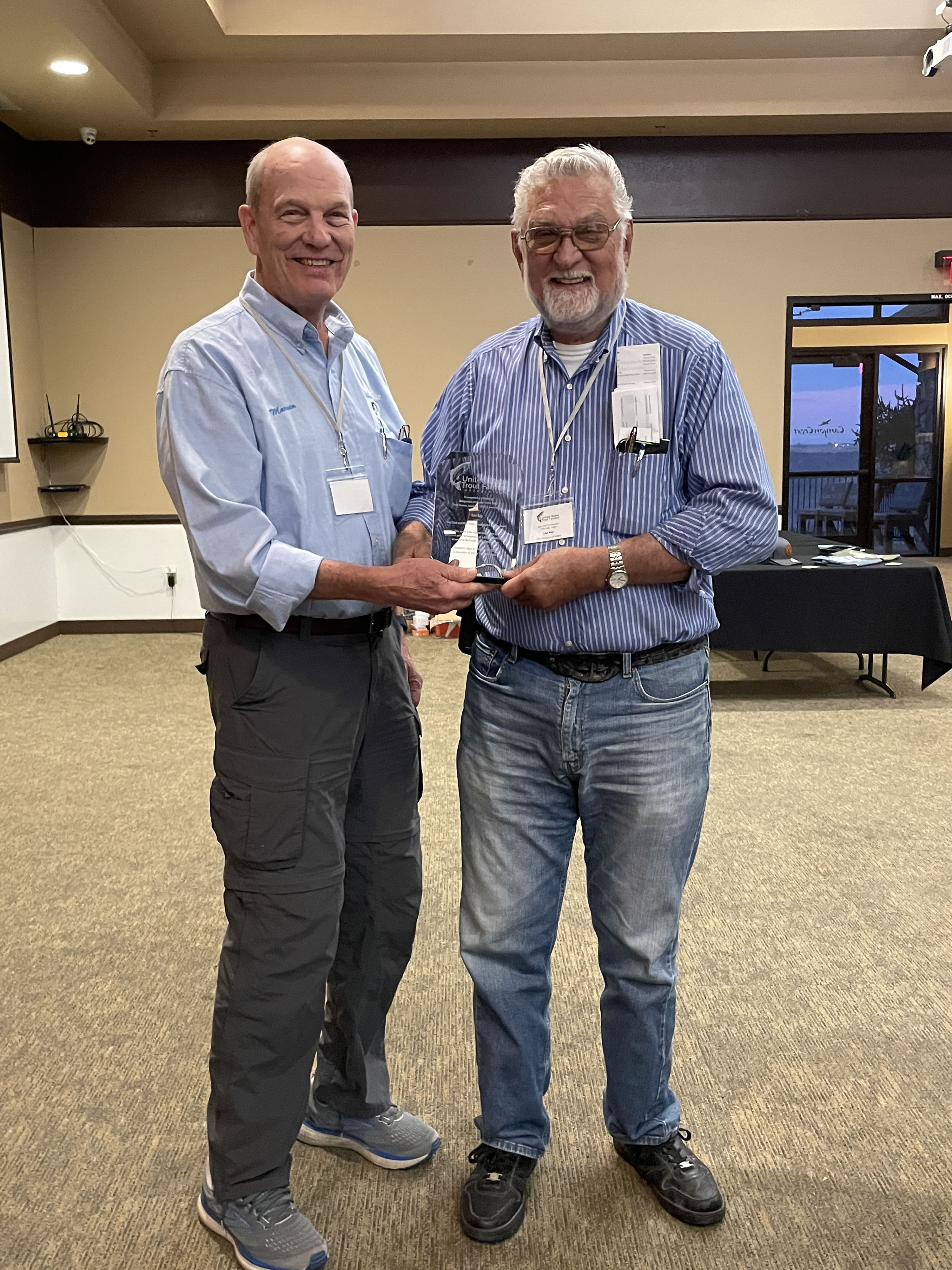 Leo Ray was awarded the Clark and Mimi White Distinguished Service Award on September 16, 2022 at the USTFA conference in Twin Falls, Idaho.

The Clark and Mimi White Distinguished Service Award is an award named in honor of two founding members of the USTFA, and recognizes their lifelong service to the organization and the industry. The award, which is available only to USTFA members or past USTFA members, is the highest award given by the association, and celebrates the distinguished lifetime service to the USTFA and and the national trout industry.

Below is a message from USTFA board member, Marvin Emerson, about Leo Ray and his contributions to the industry:

When we think of this person, we think about his boyish grin followed by his laugh as he starts to tell you a story, and he has a lot of them.

He would challenge all of us with his thinking, and many times it was nonconventional but very thought-provoking. In today’s world he would be referred to as a “disruptor”. He would come up with innovative ways to solve a problem. When you tell him this can’t be done – well, he does it.

He has been a great ambassador for our industry and he has generated much positive press over the years, not only for his operation but for the trout farming industry in general.

He has actively participated in WRAC. He has worked diligently in efforts to address out of the ballpark EPA and Idaho DNR water regulations. He thinks, ‘let’s have some common-sense regulations that are achievable and sustainable’.

He has taken trips (at his own expense) to Washington DC, Idaho, and all over the country to address these issues.

He is a past president of the USTFA – twice.

He has had highs and lows in his business ventures.

He is a lifelong trout and fish farmer. Not just trout but also catfish (what in raceways? not in Idaho), tilapia, sturgeon, alligators (what?), aquarium fish, and who knows what else.

A lifelong dedication to the trout industry and USTFA. 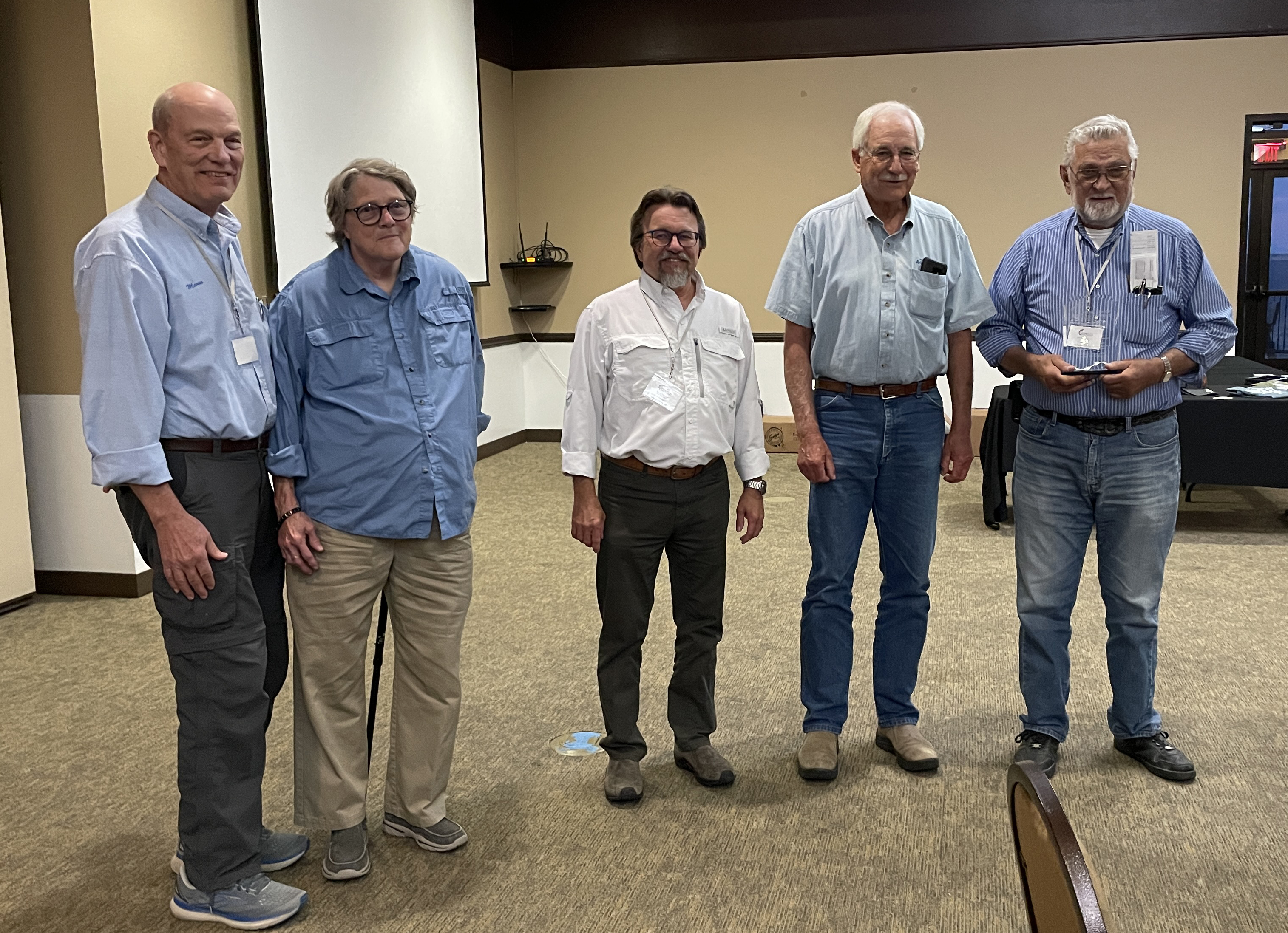